I’ve written about the Power Plate before. I bought one for the studio three-and-a-half years ago and am constantly amazed by what it can do.

On Sunday, I completed a Level I Academy Certification on it and was blown away by what I learned. Study after study has shown the positive impact that Vibration Technology is making in the areas of fitness, medicine and rehab.

In Europe, Power Plate has been certified as a medical device manufacturer (MDD) and is in the process of becoming certified in the U.S.

Now for a history lesson. In the 1960s, the former Soviet Union used vibration training on their cosmonauts as part of their training to set a record of 420 days in space, compared to American astronauts who returned home after 120 days. The Russian cosmonauts had considerably fewer side effects such as severe loss of muscle and bone density and were able to recover more quickly.

Russian scientist Vladimire Nasarov also published research stating the involuntary muscle contractions caused by vibration may hold the key to halting osteoporosis as it would strengthen bone density by up to 34 percent.

In the late 1990s, this training method came to the attention of Dutch Olympic coach Guus van der Meer, heralding the first stage in the development of the Power Plate machine as we know it today.

Other benefits include weight loss, increase in strength, power and endurance by as much as 40 percent, improved speed, faster recovery from injury and pain reduction, improved mobility, balance, flexibility and stability, increased production of testosterone and HGH, and the list goes on.

This technology is a powerful tool in improving health and well-being. I’ve been using it with great success on myself, family members and my clients.

Case in point. My client Geri who is 58, formerly morbidly obese (over 300 pounds), and has suffered from rheumatoid arthritis for years. She’s already had a hip replacement and was told she needed the other hip done.

When she came to me six months ago, she had already lost 175 pounds but had regained about 40 pounds and was frustrated by her pain and continued loss of mobility from her disease.

I started her on the Power Plate, combined with some Pilates, and she was off and running. In six months, she’s lost the 40 pounds and is continuing her weight loss to get to her goal weight. Her rheumatoid arthritis symptoms have virtually disappeared. She runs up and down the stairs, swims, walks, uses her elliptical, and has a full and active, but more importantly, pain-free lifestyle! Also, her hip is pain-free and a replacement is no longer recommended.

Five weeks ago, Geri called me and told me she had broken her femur and a bone in her foot and she was confined to a boot. Her orthopedist recommended nothing weight bearing. She didn’t miss a single workout. I changed her routine, keeping her on the Power Plate, seated, putting the foot on the Plate for healing purposes, and doing her core, flexibility and strength training in a seated position. After five weeks, she returned to her orthopedist who X-rayed her leg and pronounced it healed. He was amazed that she didn’t need surgery; he was all set to schedule it. He repeatedly asked her what she had been doing and she told him. He told her in all his years of medicine, he’d never seen anything like it!

For myself, I’ve lost 20 pounds recently using the Power Plate. I’ve reduced the amount of time I spend doing strength training by doing it on the Power Plate. In 30 minutes, you can get the results that used to take hours because of the Acceleration Training. The vibration causes your muscles to involuntarily contract and release at a tremendous rate and accelerates the results of whatever you’re doing! I have no pain in my arthritic knees, lower back and torn ligaments in my wrists. I have greater strength, flexibility, endurance and balance.

At almost 54, I’m looking for whatever advantage I can get when it comes to my health and well-being. The fact that I can get more in less time is truly amazing! 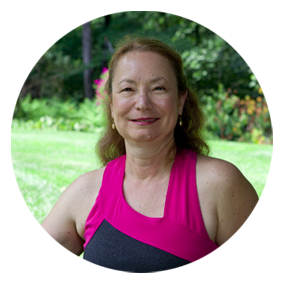